LPU Batangas is ISO 9001:2008 certified by Det Norske Veritas and its Liberal Arts and Nursing programs now has the Level III status from the Philippine Association of Colleges and Universities Commission on Accreditation (PACUCOA). LPU Batangas attained the said status because of the quality of education it provides as an end of its strong accreditation.

LPU Batangas now belongs to the line-up of universities with the autonomous status such as the Ateneo de Manila University, De La Salle University (Taft), and the University of Sto. Tomas, to name a few.

JR Cantos is the Publisher of WOWBatangas.com. Some of the articles here on the website have been contributed over the years, so please just email us at help (at) wowbatangas.com if you have any concerns. Salamat!
@wowbatangas
Previous Rem’s Definition of Friendship
Next Kumintang Bridge, Now Under Construction 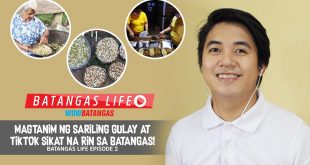