A Glimpse of Batangas’ History and Beauty 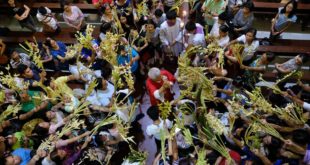 The beautifull province of Batangas is located on the southwestern part of Luzon (Philippines). The province has a total land area of 316,581 hectares, of which 70 percent is devoted to agriculture – the main economic activity. This province has three major cities, Batangas City where the provincial capitol is located, Lipa City, situated at the heart of the province and its youngest city, Tanauan.

Batangas was formerly known as Kumintang, which was after the Datu who inherited the dominion from Datu Balensusa. Its used-to-be center, the present day known as Balayan (from balay, the old Tagalog term for houses), was the most progressive town of the Province and the traditional center of governance. Later, as the eruption of the Taal Volcano destroyed a significant portion of the town, the provincial center was then transferred to Taal, which was then called Bonbon (bunch) and the name of the province was changed after that of the town.

Moreover, the term batangan a popular Batangueno term means a raft, the people use this so that they could fish on the nearby Taal Lake. It also meant the numerous logs found in the Calumpang River, the body of water that runs through the northeastern portion of the town and assumes the shape of a tuning fork.

On the other hand, Batangas is considered to be a home of heroes. Miguel Malvar, Apolinario Mabini, Marcela Agoncillo are only some of the names of great heroes and heroines from this province. Jose P. Laurel. Claro M. Recto and Ramon Diokno are also considered to be one of the greatest Batanguenos who made names in the country.

Batanguenos are known to be brave and strong. With voices so loud even during usual conversations, Batangas folks are often mistaken to be always raging with anger whenever they speak. With they’re “alah eh” and “are ga”  one might feel afraid conversing with Batanguenos. But this is just how Batanguenos show their leaping joy and hospitality whenever they deal with people and strangers.

When it comes to climate, the province has a Type I climate with two pronounced seasons; dry season from November to April and wet season from May to October. The coldest temperature is felt during the month of February while the warmest is in May. The maximum rainfall occurs in July while the minimum falls in March. The province is seldom visited by violent typhoons because Banahaw, Makiling and Malaraya Mountains protect it on the southeastern part, and by Mindoro on the southern part.

Batangas is also blessed with breathe taking beaches which are becoming popular among tourists. Some of these notable swimming sites are found in Anilao, Laiya, Balayan, Calaca, Lemery and Nasugbu
At Anilao, one may also enjoy snokelling and diving. The underwater world of Anilao is ideal for observing marine life, and provides outstanding subjects for macro photography. Located only 110 kilometers south of Metropolitan Manila, it is very accessible by land or by sea.

Moreover, Batangas is where Taal Volcano is, the said to be smallest volcano in the world. The volcano has a water-filled crater and sits on an island in the center of Taal Lake, which geologists believe to be an ancient caldera.

The town of Taal on the other hand, is famous for its hand embroideries, butterfly knives or better known as balisong, and sausages. Taal, Batangas is one of the two most culturally preserved sites of the Spanish colonial era in the Philippines.

There are so many things about Batangas that are left unexplored. Don’t be an alien to your own land. Explore and experience Batangas and be wowed by its greatness!

JR Cantos is the Publisher of WOWBatangas.com. Some of the articles here on the website have been contributed over the years, so please just email us at help (at) wowbatangas.com if you have any concerns. Salamat!
@wowbatangas
Previous Parada ng mga Lechon, Balayan, Batangas
Next Privacy Policy

I am one of the fortunate people who have seen the hidden beauty of Balete. …