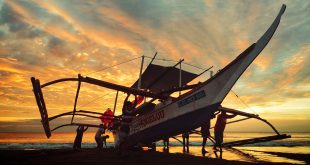 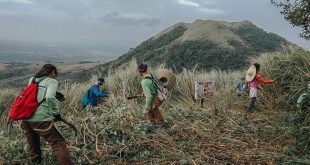 WWF officials said in an email to the Philippines News Agency that the whale was found in a weakened condition by a fisherman on a beach in the Batangas Bay in Barangay Calayo, Nasugbu.

According to WWF, the Bryde’s whale bore 16 wounds the size of a peso coin caused by a cookie cutter shark’s bites.The whale’s age was estimated at five years old.

The Department of Environment and Natural Resources (DENR) office in Calaca, Manila South Coast Development Corporation, Nasugbu Tourism and Philippine National Police (pnp) – Nasugbu as well as the local government led by barangay chairman Miguel Limeta immediately responded to the whale which was stranded at the bay.

The whale was injected with an antibiotic (Streptomycin Limopenstrep), and then regained its strength. It was almost noon when the whale was able to go back to deeper waters.

JR Cantos is the Publisher of WOWBatangas.com. Some of the articles here on the website have been contributed over the years, so please just email us at help (at) wowbatangas.com if you have any concerns. Salamat!
@wowbatangas
Previous Bb. San Juan 2009: One of LAMBAYOK Festival’s Highlights (live video streaming)
Next Lonely Hearts Club, Inc. Presents Mutya ng Balayan ’09