Photos of people doing this game are scattered over social networking sites and you might get yourself thinking what the hell is wrong with these people?

Some do it atop cupboards, refrigerator, street lamps, a cow (yes, a cow), and on other spots you would never imagine yourself at.

Yes, I said it right, it’s a game and now you can call it a fad.

Planking or the lying down game is an activity consisting of lying face down in an unusual or incongruous location. Players compete to find the most unusual and original location in which to play. The term planking refers to mimicking a wooden plank. [http://en.wikipedia.org/wiki/Planking_(fad)]

They say it originated in North East England and was started by Gary Clarkson and Christian Langdon in 1997.

Will you ever try doing the planking? For fun or for whatever’s sake, will you lie facedown like a wooden plank over the uncanniest structure?

Admit it, we all have our weird trips at times. Haters gonna hate but I bet people who do planking will just continue, well, planking.

I can’t imagine how I would look like if I do planking. Mukha siguro akong chopping board, haha.

And after I have published this post, the guys in the office asked me to change all the photos I’ve attached here first and told me they’ll do the planking. Okay, okay. Pagbigyan. 😀

JR Cantos is the Publisher of WOWBatangas.com. Some of the articles here on the website have been contributed over the years, so please just email us at help (at) wowbatangas.com if you have any concerns. Salamat!
@wowbatangas
Previous Aba’y kuhane. Gusto eh!
Next What is your Favorite Pansit Variant? 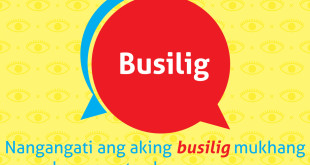