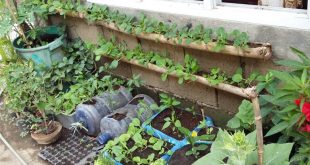 It was a morning full of moving and inspiring stories. Earlier today, the first Batangas Educator’s Convention was held at Lipa City Colleges where the guest speaker was none other than CNN Hero of the Year for 2009, Efren “Kuya Ef” Peñaflorida.

Mentors, school administrators, and Education students from various parts of Batangas gathered at the Audio-Visual Room of LCC to be “re-inspired”. Kuya Ef shared so many inspiring thoughts and stories, so gentle and true, enough to move the participants’ emotions.

Kuya Ef is a soft-spoken man. But as I listen to his stories of struggles and victories, I thought maybe he speaks with his heart and through his actions. He divided his talk into four parts with the acronym L.E.A.D. according to the principles he learned from KB, his mentor:

As a young boy who grew up in an urban slum community who often falls as victim to bullying of gangs in their neighborhood, Efren experienced the disheartening truth rooted from poverty. Efren recalled his early years when he formed the group Dynamic Teen Company in 1997 – a group of friends who seemed to act as “superheroes” reaching out to the less fortunate, saving lives in the neighborhood through small acts of kindness. 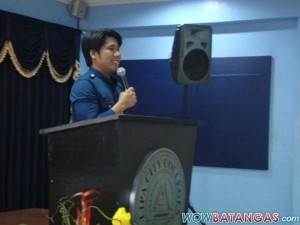 “One is never too strong to do things on his own,” Efren exclaimed. His group strived to pursue their goal of bringing change to the lives of the people in their community. It didn’t came easy. People ridiculed them. They were thought of as just another gang. So the group sought for the help of Club 8586, another community group which then became their partner in carrying out their community services.

This partnership gave birth to the “pushcart classroom” – a project that promotes street literacy. A project so humble yet so meaningful. This pushcart classroom started out in 2007 and has reached out to children from slum areas to make “school” (though informal) accessible to them.

Efren showed videos of his “Kodak moments” (the awarding of the CNN Hero of the Year for 2009 was held at the Kodak Theatre in Hollywood). Despite some technical problems in playing the videos, I saw most of the participants got teary-eyed watching that momentous awarding of recognition to a Filipino teacher.

Their concept of pushcart classrooms which started from Cavite had reached other parts of the Philippines and even foreign lands such as Japan, Indonesia, Kenya, and Nigeria. And soon, the bigger kariton will rise. The Kalingain Batang Mahirap Learning Center is under construction and is expected not just to be a learning center but as home to street children. 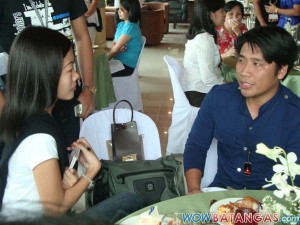 Right before he leave for a commitment in Makati, I got the chance to sit down next to the CNN Hero and asked him a couple of questions. I was studying Efren’s face when two of his Kodak videos were being played, probably waiting for a tear to fall from his eye. He said he keeps on watching those videos which remind him that what he achieved was not all about him alone.

With humility, Efren said he never expected that he would win the title because all he’s after for is to continue to help and inspire other people. Efren also recognizes that bigger chances were given to their group with the fame that comes with being a CNN Hero.

“It’s a collaborative effort,” Efren answered when I asked him what is he thinking when people call him a hero. He is just a representative of all the hard-working people behind Dynamic Teen Company and Club 8586, the one responsible for his CNN Hero of the Year nomination.

As a teacher, is Efren in favor of the K-12 plan of the government? “As long as it will help na mapaganda ang quality ng education natin, I don’t have anything against it… As long as it will not compromise the quality education, walang problema sa ‘kin,” Efren responded.

This last question was supposed to be a casual query which was supposed to have a ‘celebrity answer’ but he remains serious as he speaks. Let him. 🙂 I asked him if there would be one person you would want to push the kariton with, who would it be? And Efren ended, “still with the volunteers”.

We need people like Efren Peñaflorida, admit it or not. At times we have to be re-inspired and if hearing inspiring stories will make us all do a little act of kindness in a selfless manner, then make it an everyday thing. Efren, the Dynamic Teen Company, and Club 8586 are just some of the brave people who do their part for the betterment of the society.

They are whom we can call warriors. They all deserve to be called heroes. They are the ones who dream for people who don’t know how to. And in their humble ways, with warm hearts and generous hands, they gradually turn these dreams into reality. You can be a hero if you only believe. Wink.

Special thanks to Ms. Lea Balcruz, Marketing Head of Lipa City Colleges, for inviting us to this very meaningful event. And of course, to Efren Peñaflorida, thank you so much!

JR Cantos is the Publisher of WOWBatangas.com. Some of the articles here on the website have been contributed over the years, so please just email us at help (at) wowbatangas.com if you have any concerns. Salamat!
@wowbatangas
Previous 7th National Pilgrimage to Lipa Schedule of Activities
Next Ang Wikang Filipino. Bow. 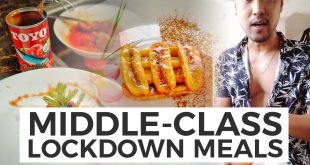