Batangas Earth and Wind Festival: A must for nature-loving bikers and RC enthusiasts 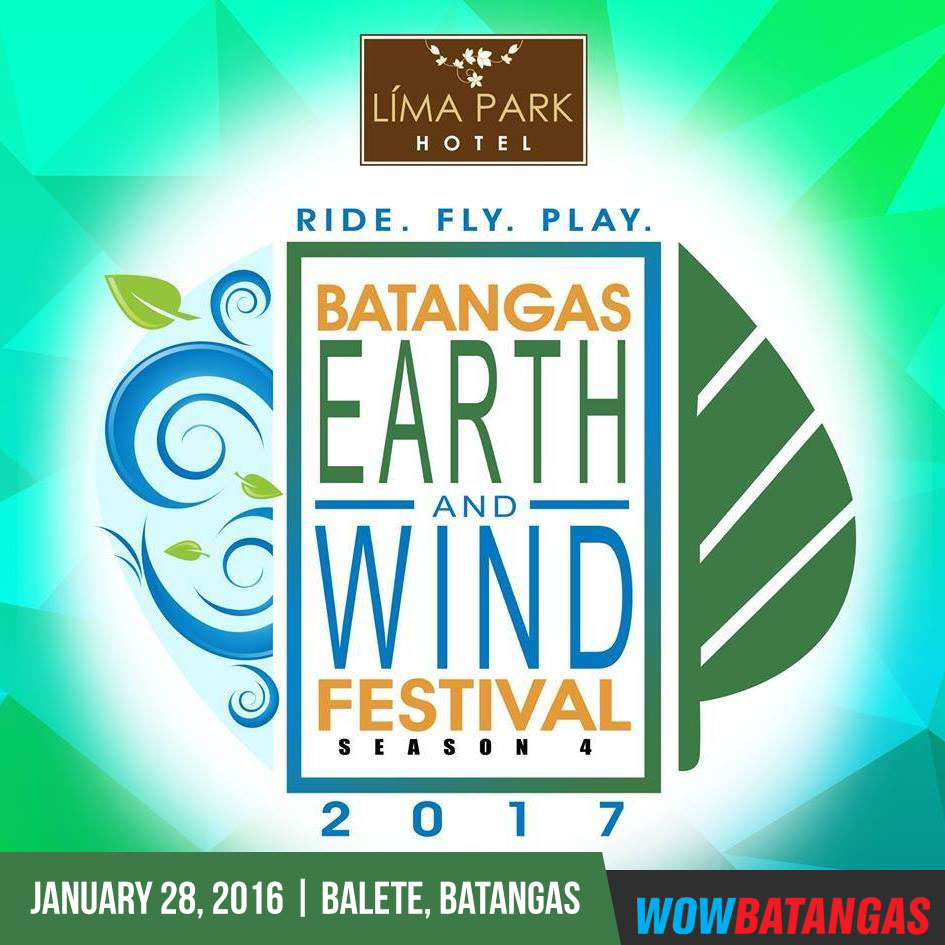 Bikers, RC enthusiasts, and drone hobbyist are in for the experience of tackling the Batangas terrain when they join the fourth season of Batangas Earth and Wind Festival on 28 January 2017 at Batangas Greenvale, Brgy. Malabanan. Balete, Batangas. Registration to all events is free and open to the public.

The earth element represented by an uphill bike sprint kicks off at 6 am that will take bikers on leisurely ride down to Balete Lakeshore. The way back up will see bikers competing in the uphill sprint where they will be navigating the winding roads of Balete.

This will then be followed by a non-competitive downhill biking at 9 am where bikers will be tackling the rough and circuitous dirt trail.

On the one hand, the wind will be represented with RC plane and drone flying. At least 14 different kinds of planes will be on exhibit including a Dynam Cessna, FMS Kawasaki warbird, Trainstar Cessna, Yi Sky Glider, Dynam Sbach 342, FMS Fox Glider, Eflite Trojan T28, Scratchbuilt (warplanes), 450 Helicopter, Dynam Turbo Jet, Durafly Skymule, and a Freewing Pandora (Cessna). For the drones, spectators will see a Kongcopter, DJI Phantom 3 Professional, and Phantom 3 drones in action.

There will also be a track for Crawlers and RC Cars. Among the crawlers are Tamiya TT02’s, Tamiya CC01’s, a 3Racing Sakura Yi Sport (Touring onroad), and a Tamiya M05 (Touring onroad).

There will be a short talk on the “Theory of Flight” to be followed by the flying exhibition. The public can view the plane exhibits and will also have the chance to fly the planes and the drones.

Well known for sight-seeing and beach activities, Batangas province now offers sports enthusiasts new experiences to enjoy nature. Dubbed as the Biking Capital of Southern Tagalog, Balete is known for its winding trails and roads that offer breathtaking views of the Taal Lake when on a downhill spin. Upon reaching the lakeshore, one is greeted by the calm waters of Taal Lake and an upclose and personal view of the Volcano Island where the famous Taal Volcano is found.

The Batangas Earth and Wind Festival Season 4 is organized by Lima Park Hotel with the support of First Asia Institute of Technology and Humanities (FAITH) and the Municipality of Balete, with help from the and St. Monique Valais RC Group.