Segunda – Theatre Play on Love and the Rich History of Lipa 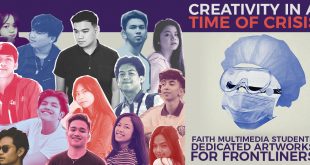 Creativity in a Time of Crisis: FAITH Multimedia Students dedicated artworks for Frontliners

We got invited to watch the very first limited screening of Luisito Nario’s play Segunda last March 8, 2014 at the La Corona Hotel Tent in Lipa. The choice of venue was very interesting, as plays like this one are usually shown at the Cultural Center, or at school gyms. However, the small venue made the play very personal and effective at least for me, who was sitting at the last row.

Segunda is the 2nd part of a trilogy of plays by Lui Nario, the first one being Luha ni Kumintang.

The first thing that got to me and stayed with me while watching Segunda was the haunting music. “Puso ang lalaban..” the chant goes, as every character sang it with all their passion. Th story was of a traditional forbidden love, a Batangenyo version of Romeo and Juliet, set in the last quarter of the 1800’s, when Lipa was rich and popular because of the coffee trade. Interspersed with the dialogue was all the singing, which was refreshing as they were original compositions. The thespians were members of the Lipa Actors Company, with the title role of Segunda going to Claudine Mae Marcelo who has a sweet voice and sang the part really well. I won’t be revealing much of the story here.

The play will be shown to the public this October. Let’s give them our support and hopefully after being shown here in Batangas, they’d be able to bring it to other provinces and even abroad.

Below are the men and women behind this play.

JR Cantos is the Publisher of WOWBatangas.com. Some of the articles here on the website have been contributed over the years, so please just email us at help (at) wowbatangas.com if you have any concerns. Salamat!
@wowbatangas
Previous Summer Sagad : Pool Party for a Cause
Next Mutya ng Batangas 2013 – Talent Competition 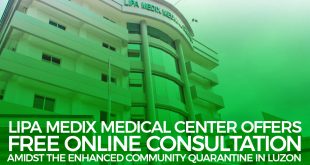 The Enhanced Community Quarantine brought lockdown to different Municipalities and Cities in Luzon. This affected …