Taal Volcano Trek: From Top to Bottom of the Heart of Batangas 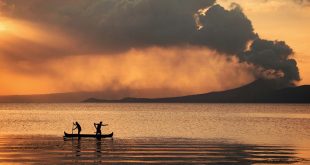 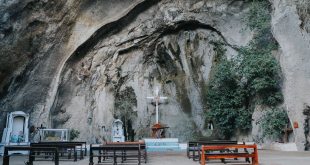 Above are the first two lines of Himno ng Batangan (Batangas hymn). Taal Volcano is dubbed as the heart of the province and is one of, if not, the most prominent destination in Batangas.

The smallest active volcano in the world has always been popular among tourists because of its breathtaking beauty. Although you have to go through an exhausting trek, it will all pay off once you reach the crater – a view that’s postcard-worthy.

You will never fully appreciate the beauty of something unless you get to see or experience it yourself. Seeing it in photos or reading about it is only half of what you should experience. See it, feel it, be there.

On August 8, 2011, our team had our first trek to the Volcano Island. We will never forget that day when altogether, we reached the crater of the world famous Taal Volcano.

Have you been planning a trip there? It is always advisable to go there under a very good weather and be informed of volcano alerts from authorities.

READ MORE: How to go to Taal Volcano Crater

You might wonder if getting down to the crater lake is permitted. There are some tourists who dare to go there. Just like Robbie “Robx” Bautista and his group who went there last August 18. Robbie is an illustrator and character designer who share the world’s awesomeness by wandering around and blogging his adventures.

When most tourists say they’ll spend a weekend admiring Taal Volcano, they usually mean looking at it from afar all the way up in the highlands of Tagaytay. Some who have enough physical strength in them go to the actual volcano, crossing the famous lake and hiking for an hour to reach a stunning view of the crater lake from above.

And then you have the crazies. People looking for more adrenaline rush, the ones who prefer living on the edge, those who are just plain curious, and people going through heartbreak, who are daring enough to go down the crater of an active volcano for a hotter experience.

Getting to Talisay isn’t too troublesome for those who will be taking public transportation. From Manila, buses headed for Lemery will most likely drop off passengers at a stop in Tanauan for a quick breakfast. In Tanauan, there’s a terminal with jeepneys going directly to Talisay’s port for only P23. When planning to trek Taal, it is better to start early and making sure to leave Manila before dawn because the sun will be unforgiving once the hike to the volcano starts, and even hotter in the actual crater with parts of the lake reaching boiling point.

There are many resorts and organised boatmen that could bring a group of any size to the front of the volcanic island where most tourists take to reach the ridge overlooking the crater lake, but very few are willing to go to the far end opposite the regular trail where a so-called ‘secret path’ to the crater waits the thrill-seekers. For this off-the-beaten path, there are a few independent residents willing to take visitors to the back of the island, which they refer to as Calauit Trail.

After a bumpy boat ride that lasted for almost an hour, the trek immediately took place and thirty minutes later we found ourselves at this small hut that sheltered us from the rain. Our group was temporarily stranded as dark clouds showered us while strong winds coming from the crater almost literally blew us away. Half an hour later, the rain finally subsided and the thick fog that surround us faded, giving us a clear view of the lake. It may not be as stunning compared to the view from the other trail, but that’s not what we came for.

The rain came as a blessing in disguise because it made the hike less stressful on the way down to the crater. Any other day we would’ve probably suffered from extreme dehydration. The tour guide informed us that very few people, mostly foreigners, go down the crater because not a lot of information is available about this unique experience. Dangers aside, it is still recommended to look up on the Philippine Institute of Volcanology’s (Philvolcs) advisory regarding the place’s safety. It is still an active volcano, after all.

At the crater, expect minor volcanic activity as thick white fumes can be seen coming out of steam vents nearby. Nothing to be afraid of though! The landscape was completely different from the grey scenery found in Pinatubo, with rocks formations displaying layers of warm, autumn colors that complement the vibrant teal of the lake. The soil was brittle, so being extra cautious with each step is advisable. And though most parts of the lake have temperatures ranging from warm to boiling point, it is still safe to swim there as long as you don’t drink the sulfuric water.

They say that if you can’t take the heat, then better get out of the kitchen. Well, we didn’t just go inside the kitchen. Our gutsy group of six went right for the oven! Sure, it may not be the kind of volcanic experience involving spewing ash and molten lava, but it was an epic and memorable one still. Very few can say that they’ve been to the crater of an active volcano and we were lucky to be part of that short list.

JR Cantos is the Publisher of WOWBatangas.com. Some of the articles here on the website have been contributed over the years, so please just email us at help (at) wowbatangas.com if you have any concerns. Salamat!
@wowbatangas
Previous Ang Balisong ng Batangas, Sandata ng Lahing Matapang
Next Taal Boatmen, Tour Guides Get Solar-Powered Lamps, Renewable Energy 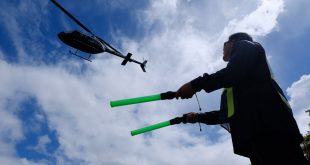