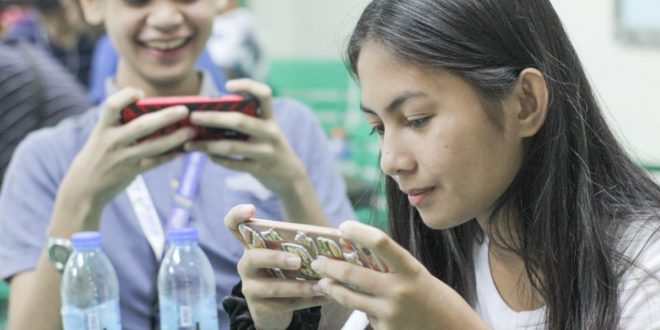 Living up to its name as a leading institute of technology education in the province, First Asia Institute of Technology and Humanities (FAITH) pioneered its first esports tournament featuring Mobile Legends Bang Bang, at FAITH Colleges, Tanauan City, July 20.

The tournament was opened to all enrolled FAITH students who formed teams of six members, five players, and one back-up.

Dr. Alice Lacorte together with her team from the College of Computing and Information Technology spearheaded the two-weekend game prior to the opening of classes in August.

Accordingly, the tournament was initiated upon the invitation for participants of esports on United Calabarzon Collegiate League. Winners who will advance on the finals will represent FAITH, hence might advance to Philippine Collegiate Champions’ League who will further to Southeast Asian Esport Games.

More than that, Dr. Lacorte remarked that winning is just part of the goals and actualization of the tournament but what also matters is that they teach students responsible gaming and for parents the open-mindedness about career tracks branching in the gaming industry.

“There are also positive effects on students when they play these kinds of games. This can be a beneficial factor if they are interested in App or Game Development and the experience in playing emerging games like this teaches students teamwork, collaboration, logical thinking which are part of the 21st-century skills.” she said.

Reaño was an honor student in her former school and told that she responsibly handles her time well in playing the game for almost two years while balancing her academic records.

Another emerging team from the first round of eliminations, Team Yawa Gaming expressed thankfulness to FAITH as they opened an opportunity for their team members who admitted wanting to pursue gaming career.

The finals round is scheduled on July 27 at FAITH Colleges with a round-robin elimination to determine who will battle on the championship round.

Edge An is the Associate Editor of WOWBatangas.com. If you have any concerns, reach him through his email editor@likhainternet.com
Previous Ang Rolling PEANS, ang Kasaysayan, at ang Kultura ng Cuenca
Next Ikaw ba ga’y Banasin? o Ginawin? | Huntawanan sa Kalye EP1