The Road to Malabrigo Lighthouse and Peat Forest of Lobo 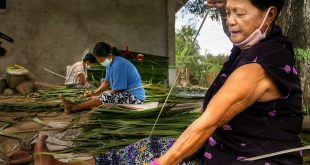 It was a long road trip defined with countless twist and turns. The team drove to Lobo, Batangas for the Anihan Festival 2010. Having been there for the first time as a team (Alva, our ultimate trekker, had been to Lobo before), the trip became even more exciting.

The scorching mid-day sun hurt so much it aggravated my headache and made me dizzy before we could even take our lunch. Before having our meal, Gerlie introduced us to Mr. Anacleto Caringal, Dean of Batangas State University – Lobo Campus. Sir Clet (as how he is commonly called) shared a lot of interesting information about the flora and fauna of Lobo and some other things we barely know about the town.

So after feasting over our lunch, we had another chat again with Sir Clet who acted as the curator for the photo exhibit at the lobby of the municipal hall. He talked about his interest in photography until I asked how far the Malabrigo Lighthouse is. Then to our surprise, Sir Clet offered to be our tour guide. It was so generous of him and so as not to waste our first Lobo visit, we hit the road again.

Tracing the Road To Malabrigo 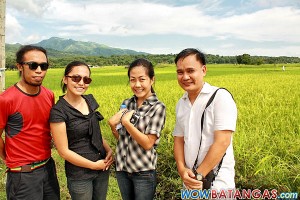 It was like driving the roads of San Juan, Batangas. We all had similar impressions as we travelled away from the town proper on our way to Malabrigo. Vast rice fields, endless skies, mountain ranges – these are the rural magnificence that wowed the WOWBatangas Team.

We learned that some famous celebrities such as Gabby Concepcion, Akiko Thomson, and Christopher de Leon, had acquired private properties along the town’s lofty coastal area. We pulled over twice to take photos of the afternoon view. It was marvelous. Clap, clap, clap. 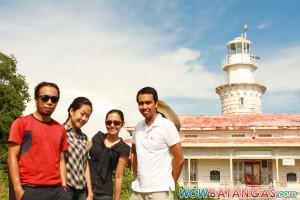 Akiko Thomson’s family adopted the lighthouse and serve as the safe keepers of the historical landmark. Unfortunately, we were not able to climb the tower as the caretaker apparently wasn’t there at that time. So we just settled with taking photos around the vicinity. Another set of tourists came to take some pictures just before we left the place. 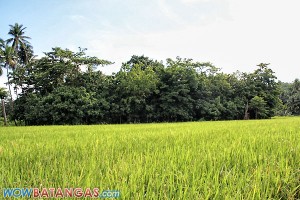 Have you seen a forest in the middle of a ricefield? Lobo has one. And not just an ordinary forest. It’s a peat forest. Okay, so I don’t know how I would explain what exactly a peat forest is (we weren’t able to enter the forest as it would be quite risky) so hopefully Sir Clet would share with us a few more information about it. Wink.

I’ve heard there’s a folklore that tells a mystery behind the peat forest. I’d have to wait for Gerlie’s turn to share. 🙂 But it was a nice experience to walk along the ricefield. Parang si Venus Raj oh. Very Pinoy.

We know we would find our way back to Lobo again. When that would happen may be uncertain for now. At the back of our minds, we know there’s a lot more to discover about this town. And if asked, “Nakarating ka na ga sa Lobo?”. With pride, we can now answer, “Ay oo naman!”. 🙂

“Alright, so here’s the story. Well according to what I have read in one of the photo captions in the exhibit, local folks believe that there is an “invisible being” named Karlos in the peat forest. Karlos was said to be the mysterious invisible man who takes good care of the entire .4 hectare forest. Kinda scary huh. It’s really interesting to know such stories for you can still see how the locals, specifically those from Brgy. Sawang where the peat forest is located, respect and value such beliefs.” – GERLIE

JR Cantos is the Publisher of WOWBatangas.com. Some of the articles here on the website have been contributed over the years, so please just email us at help (at) wowbatangas.com if you have any concerns. Salamat!
@wowbatangas
Previous Anti-Dengue Products for your Babies
Next “Linis Batangas, sa Dengue Batangueno ay Ligtas” Clean-Up Drive 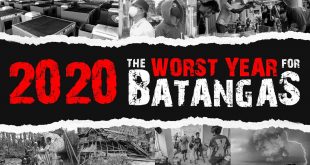