Learning Through the Lens: The 1st Batangas Provincial Photography Workshop 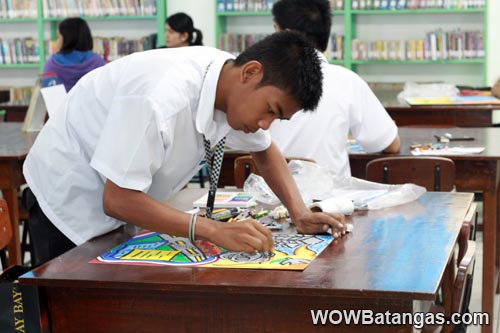 Eleven high schools from different parts of Batangas battled to be Karibok ang Tuktok’s next champion. This is an annual event of UP Batangan – an academic, nonprofit, nonpolitical, and socio-civic organization composed of students in UP Diliman who have roots in the province of Batangas.

Karibok ang Tuktok now celebrates its 28th year with the theme: The Youth and the 2010 Elections: Catalysts Toward a Changed Nation. Karibok ang Tuktok is an academic battle among competing high schools in the province.

At around four in the afternoon, winners of the four competitions were declared.

Congratulations to the winners as well as to UP Batangan!

JR Cantos is the Publisher of WOWBatangas.com. Some of the articles here on the website have been contributed over the years, so please just email us at help (at) wowbatangas.com if you have any concerns. Salamat!
@wowbatangas
Previous San Jose Sico Inmates, Now Registered Voters!
Next Ginoo at Binibining Lipa 2009 Pictures

“In a good film, there are no accidents.” That was just one of the many …