The ‘Tour of Hopes’ spread cervical cancer awareness in Batangas 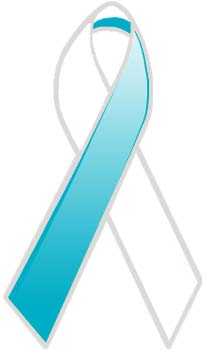 All the way from Tagaytay City, fifty bikers reached Lipa City, Batangas last Monday stead of a bicycle expedition with the core intention of spreading the public awareness regarding cervical cancer.

Women gave flowers to the biker to symbolize hope – that we could still do so many things to fight cervical cancer. Meanwhile, the group of bikers was all sport enthusiasts; among them are Gina Lopez, Ernie Lopez and also the famous hairstylist David Charlton.

Prior to this event, there are barangay health workers from Lipa who also joined the symposium on cervical cancer which was led by Dr. Jaycee Almaria as the Program Manager of the Cervical Prevention Foundation Network of the Philippines.

Doctor Almaria declared that cervical cancer is the subsequent most prevalent cancer among women across the globe. This disease is a malignant cancer of the cervix uteri or cervical spot caused by the human papillo virus that are being transferred not just throughout the sexual intercourse however in contaminated garments or other private possessions that are usually being used. Cervical cancer is present with vaginal bleeding but symptoms may be absent until the cancer is in its extreme stages.

In fact, there are about fifty to eighty percent of the Filipino women have the papillo virus in their life existence, even though not all lead to a cancer. This is why Doctor Almaria advised that vaccination is exceptionally significant for all girls from nine years of age and above. She also claimed that cervical cancer can also be prevented by adopting a healthy lifestyle and most important is by having only one sexual partner.

The local government units in Batangas are of course expected to support and be a big part of this project by raising an awareness programs for all women. Right after the international bike tour group, they set to tour Lucena City and Daet, Camarines Norte.

JR Cantos is the Publisher of WOWBatangas.com. Some of the articles here on the website have been contributed over the years, so please just email us at help (at) wowbatangas.com if you have any concerns. Salamat!
@wowbatangas
Previous Memoirs of Laiya, San Juan
Next A PLACE CALLED MATUKO