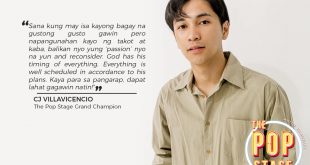 Here in the country, detainees fail to exercise their right to suffrage due to “legal and administrative” limitations and their peculiar situation in terms of residence. But not this coming 2010 poll. Thru the COMELEC Resolution 0307 passed and approved last July of this year, inmates will now be able to exercise their right to vote this coming presidential election.

The Comelec has been actively conducting voter registration among all the penal institutions in the country.

In Batangas City, the local Comelec Office conducted a voter registration at San Jose Sico Jail. With the Comelec’s effort, 181 new voters from San Jose Sico Jail will be casting their votes on May 2010 elections.

Meanwhile, Maj. Ebora said that they have prepared a contingency plan to secure the voting of San Jose Sico inmates.

JR Cantos is the Publisher of WOWBatangas.com. Some of the articles here on the website have been contributed over the years, so please just email us at help (at) wowbatangas.com if you have any concerns. Salamat!
@wowbatangas
Previous Lyceum of the Philippines University Batangas to host Pilipinas Got Talent Southern Luzon Audition
Next It’s an Academic Battle in Karibok ang Tuktok 2009 at St. Bridget’s College, October 28, 2009