Cinemalaya 2012: The Films, Side Stories, and Coco Martin 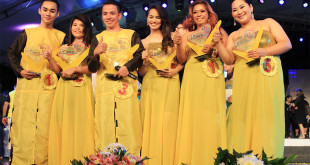 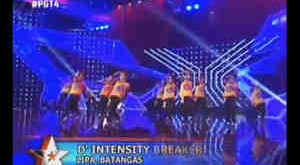 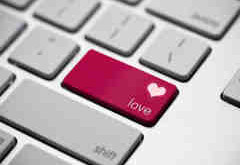 We never thought our Cinemalaya experience would be as exciting as how it turned out last night. For first time Cinemalaya attendees, it was one helluva film festival experience.

The day was capped with sightings of movie stars here and there. And the most thrilling part of it all? Seeing Coco Martin, watching him on the big screen, and knowing that he’s just a few seats away. Kilig.

But before that, let me share the pre-Coco Martin fever — the road to Cinemalaya Independent Film Festival 2012! 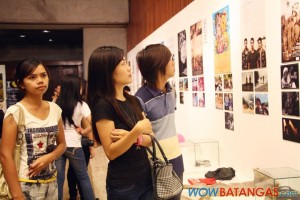 We arrived shortly after 2pm (July 24) and it’s the fourth day of the week-long screening at the Cultural Center of the Philippines (CCP), Greenbelt, and Trinoma theaters.

JR had another important matter to attend to yesterday so before anything else, go na kami sa pagbili ng tickets. We asked one usherette standing by the ticket booth about the schedule then she handed us a brochure with all the film screenings for the entire festival.

The huge wall next to the entrance of Tanghalang Aurelio Tolentino is where the posters of the Cinemalaya 2012 finalists are on display. Sa baba ng bawat poster ay may mga item na nagsisilbing ‘teasers’ para sa bawat film entry. 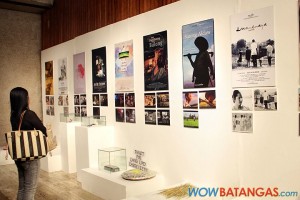 Or short films. There are 10 finalists under the Cinemalaya 2012 Short Film Category. We were able to watch five of them based on yesterday’s CCP schedule. The five shorts we saw were — Ang Paghihintay sa Bulong (by Sigrid Andrea P. Bernardo), Manenaya (by Richard Legaspi), Ruweda (by Hannah Espia), Sarong Aldaw (by Marianito Dio, Jr.), and Ulian (by Chuck Gutierrez).

Will post a link here for synopses and mini reviews of these short films.

Sta. Niña tells the story of Pol who unexpectedly dug up the remains of his daughter, Marikit, who died 10 years ago but with no signs of decay. Pol went to fight for his daughter to be declared a saint after people attested that Marikit is ‘miraculous’. 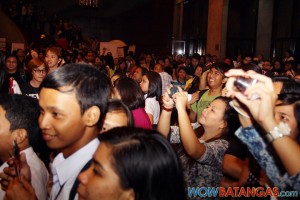 The Gala Night (not necessarily the first night of screening) is like the premiere night for mainstream movies where the cast will be there to watch the film too and thank the supporters for spending time and money to see the fruits of their labor. 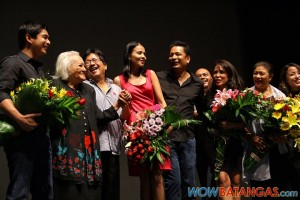 Our Cinemalaya 2012 experience in conclusion 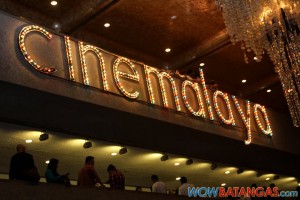 It was a great experience being able to attend a film festival that showcases the ingenuity of Filipino filmmakers and actors. The rounds applause rendered to each film we saw were much-deserved.

By the way, we went there not just to watch some of this year’s finalists, but also to observe how a film festival goes around with the people involved. Let’s say for now that it’s for something we’re brewing. Whatever it is, watch out this December! 😉

See more photos from the 4th day of Cinemalaya 2012 here.

JR Cantos is the Publisher of WOWBatangas.com. Some of the articles here on the website have been contributed over the years, so please just email us at help (at) wowbatangas.com if you have any concerns. Salamat!
@wowbatangas
Previous The 1st Fencing Trophee Comes to Lipa
Next Mga Patok na Kumikitang Kabuhayan ng mga Batangueño

We are on the fourth day of the week-long celebration of the Ala Eh! Festival …