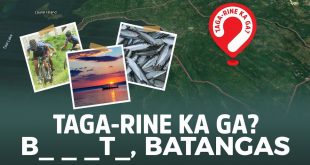 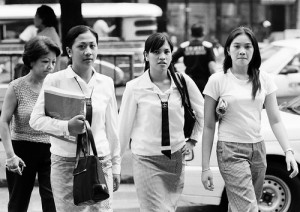 Crisis is in the air. People strive to find ways on how to put themselves in the comfort zone. Among these people are students. Students who struggle through the threats and demands of their environment, particularly the school they are attending to. Students, most of them, who mostly find ways on how they can support theirselves financially in order to ease their parents burden even in a little way.

One good way of helping one’s self is the Special Program for the Employment of Students (SPES). The Special Program for Employment of Students (SPES) is mandated under Republic Act No. 7323 otherwise known as “An Act To Help Poor But Deserving Students Pursue Their Education By Encouraging Their Employment During Summer and/or Christmas Vacations, Through Incentives Granted to Employers, Allowing Them to Pay Only Sixty Per Centum of Their Salaries or Wages and The Forty Per Centum Through Education Vouchers To Be Paid By the Government, Prohibiting and Penalizing The Filing of Fraudulent and Fictitious Claims, and For Other Purposes”, Under this law, the Secretary of Labor and Employment is designated Program Director of the SPES.

The objective of the SPES is to develop the intellectual capacities of children of poor families and harness their potentials for the country’s well being. Specifically, the Program aims to help poor but deserving students pursue their education by providing income or augment their income through encouraging their employment during summer and/or Christmas vacations.

The SPES is open to all qualified high school college or vocational students or drop-outs and interested employers.

Students and Drop-outs must be 15-25 years old and enrolled during the present school year/term or during the school year/term immediately preceeding the summer vacation. Dropouts who intend to continue his education are also welcome. Those whose parents’ combined net income after tax, including his own, if any, does not exceed P36,000 per annum and those who garnerned a passing grade during the school year/term referred above or in case of dropout, the last year/term attended could be under this program. Those whose parents has been displaced or about to be displaced due to business closure or work stoppage are granted also.

In Batangas City, the hiring of to-be SPES grantees is on going. With the help of Mayor Eduardo B. Dimacuha-City Mayor, Mr. Manolo Perlada-head of City Coucil for Youth Affairs (CCYA), Mrs. Gliceria B. Clet-Executive Assistant, the SPES is being possible for the youth.

JR Cantos is the Publisher of WOWBatangas.com. Some of the articles here on the website have been contributed over the years, so please just email us at help (at) wowbatangas.com if you have any concerns. Salamat!
@wowbatangas
Previous San Jose, Batangas History
Next Take The Lead at Batangas Racing Circuit in Rosario, Batangas 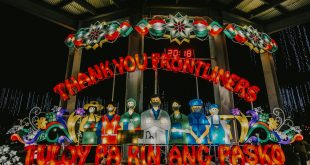