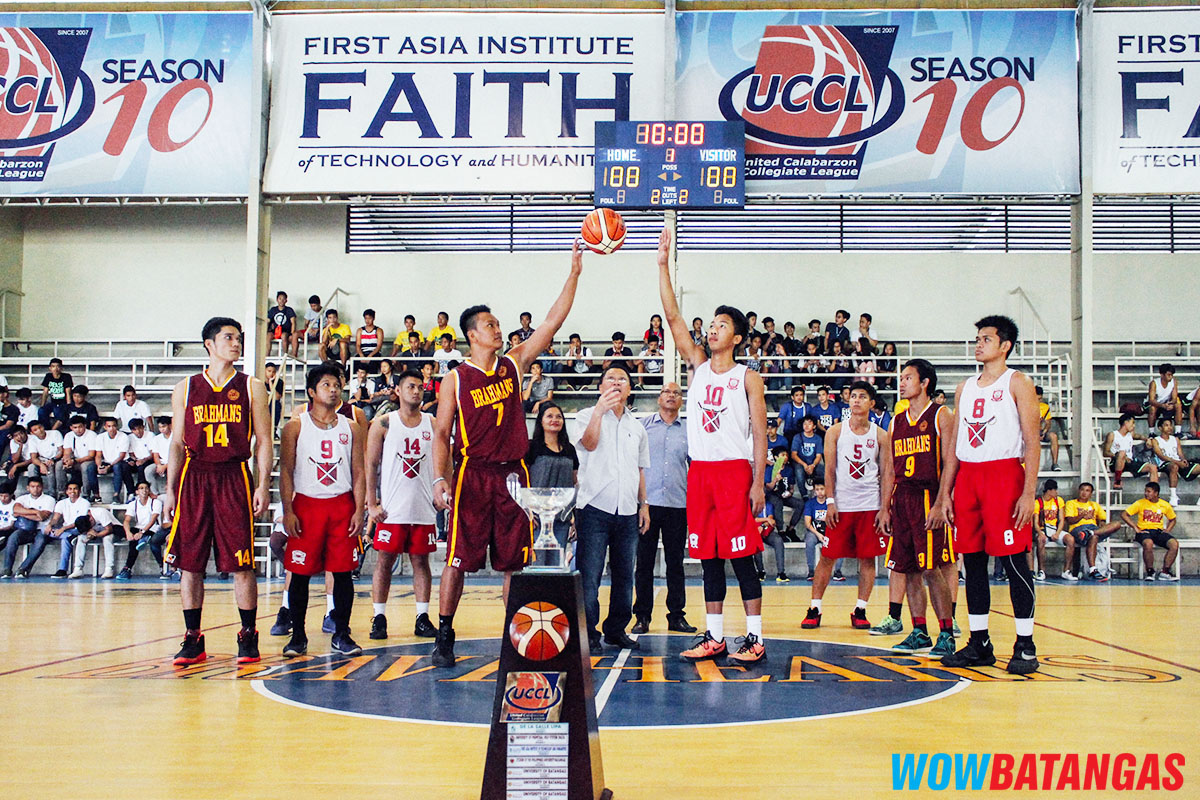 A total of 23 schools are competing in the on-going Season 10 of the United Calabarzon Collegiate League (UCCL).This year’s sports competition, which opened on July 16, 2016 with Coach Joel Banal as special guest, will once again see the athletic feats of college and university junior and senior teams from among the schools in Cavite, Batangas, Laguna, and Quezon.The team that will rule the tournament will represent Southern Luzon and Bicol region in the elite Sweet 16 round of the Philippine Collegiate Champions League (PCCL).

According to UCCL tournament director, Lito Arim, the teams will see action in at least three major events: basketball, volleyball, and football.

Majority of the games will be played on Saturdays and Sundays at the First Asia Institute of Technology and Humanities (FAITH) Indoor Sports Arena and Activity Center in Tanauan City, Batangas until August 28.

UCCL was formed in 2006 by First Asia Institute of Technology and Humanities (FAITH) primarily as a pre-season tournament for Batangas-based schools. Formerly known as the North Batangas Open League, the league has since been renamed United Calabarzon Collegiate League (UCCL) to accommodate schools outside of Batangas.