Disregard ‘Pilipinas’ for ‘Filipinas’: Does It Really Matter? 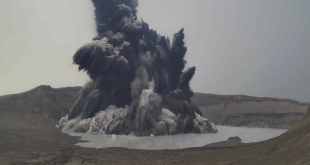 Komisyon sa Wikang Filipino (KWF) is creating a move not just to alter but to disregard the use of ‘Philippines’ and ‘Pilipinas’ and call our country only by one moniker – ‘Filipinas’.

The reason behind the resolution is to “promote the country’s official and modern name which reflects its history and development as a nation”, according to this Yahoo! article. KWF claims that how our country is being named in three ways creates confusion among us. Well, probably the same goes for other nationalities.

Talking about confusion? If you check the name of the Philippines in this Wikipedia entry, that’s where the real confusion buds from. Ang dami kayang tawag sa Pilipinas!

Filipinas is of Spanish origin, right? And Pilipinas is how we call this beloved country of ours in our local dialect. Philippines is when it’s translated to English. So if we ‘kill’ Pilipinas and adopt Filipinas, that’s like sticking to the olden days when we are still under the Spanish regime. 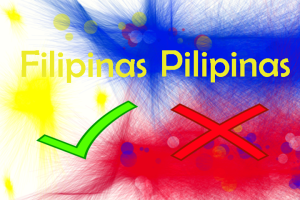 According to the 1987 Constitution, the country is tagged by two official names because apparently, we have two official languages – Filipino and English. Those are Republika ng Pilipinas and Republic of the Philippines. Were you confused with using ‘Filipino’ in talking about language and national identity of the people when it’s of Spanish origin? Ugh.

Other nations call the Philippines differently according to their own languages. That’s kind of a struggle for us to get others call our country just by one name. This resolution isn’t mandatory though.

What do you think? Should the country use Filipinas only and disregard Pilipinas and Philippines?

JR Cantos is the Publisher of WOWBatangas.com. Some of the articles here on the website have been contributed over the years, so please just email us at help (at) wowbatangas.com if you have any concerns. Salamat!
@wowbatangas
Previous Smartphone: A Valuable Possession or Obsession?
Next What Will You Do If You Were the Grand Lotto Winner of P178.8M? 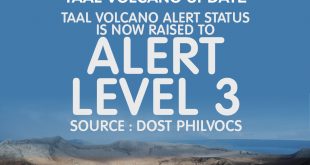