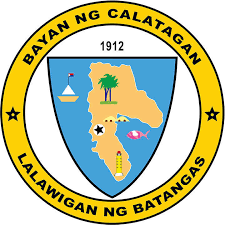 Join the 7th Bisikleta Iglesia: Dasal at Padyak Para sa Pagbangon ng Batangas this coming April 04, 2020, 5 am at LimaPark Hotel as the assembly point and will proceed to The Outlets at 6:30 am.

Part of the proceeds would go to the areas affected by the Taal Eruption. 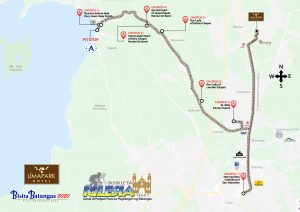 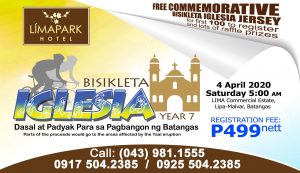 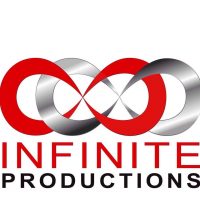 Check out the Biggest Travel, Trade, and Lifestyle Expo in Lipa City! 3-industries-in-1-Expo presented by Infinite Productions. This coming May 30-31, 2020 at The Outlets at Lipa.

For more details regarding this EXPO, contact the ff: 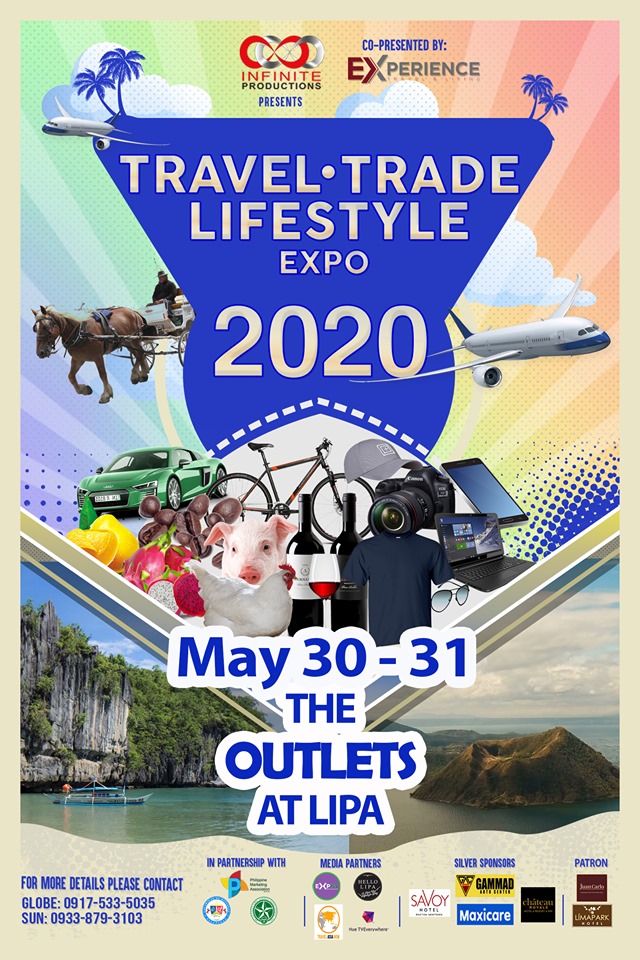 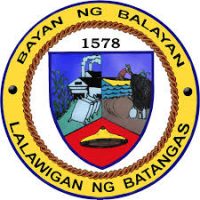 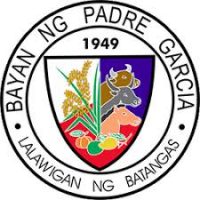 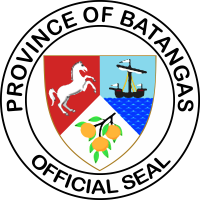 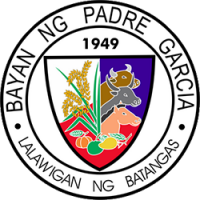 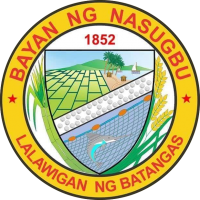 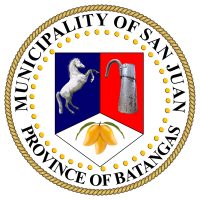 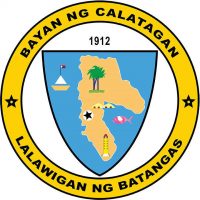 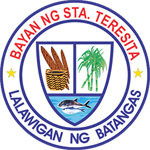 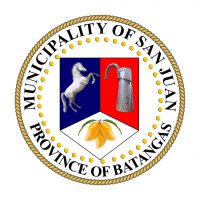 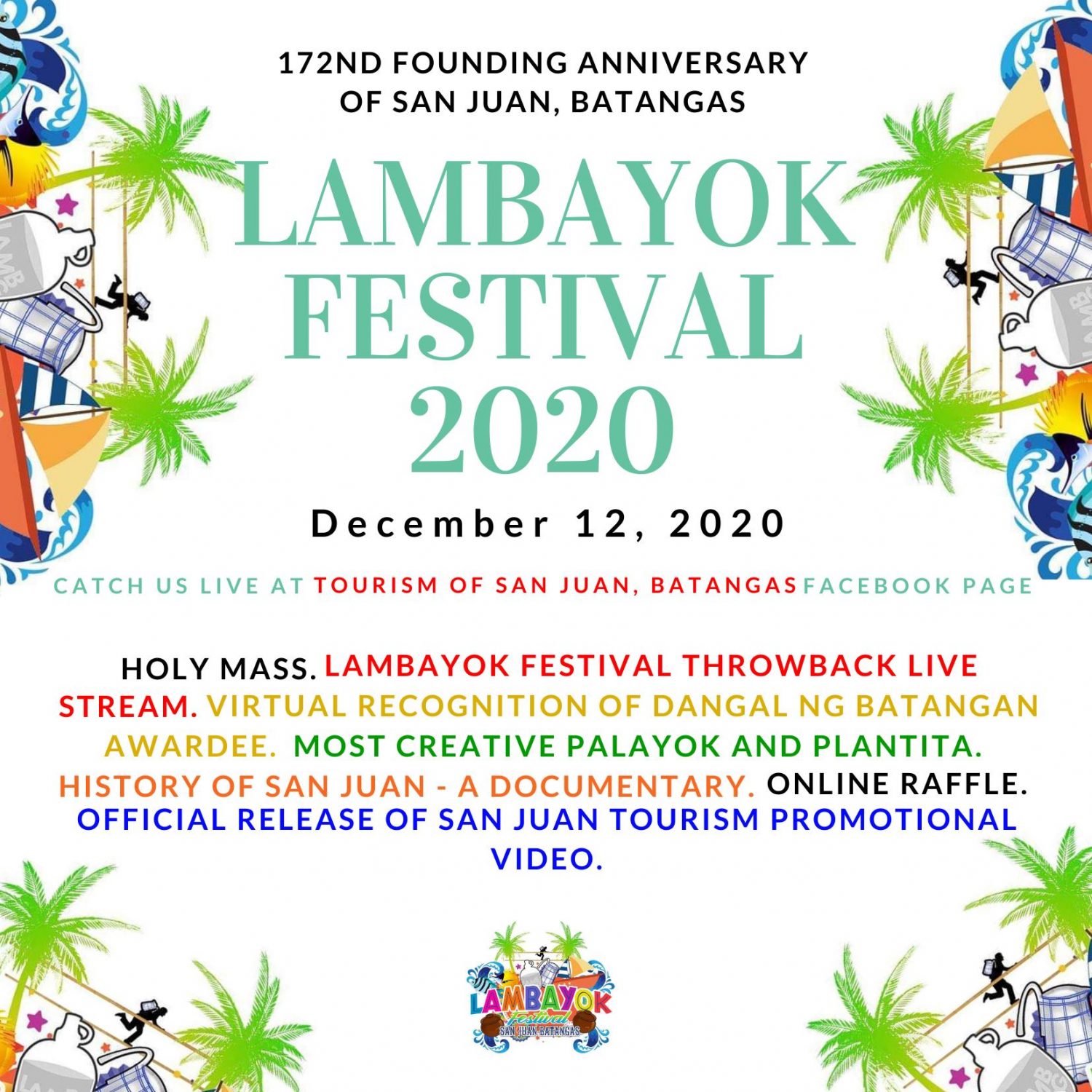 Paskuhan at Home - Mobile Plus Inc.
Events
Batangas, Philippines
Get a chance to win a noche buena package! Just share a photo/video on how you’re recreating holiday traditions at home, use the hashtag #GlobePaskuhanAtHome and share the link to your post on the comment section below.
Only entries from Dec 11-18 will be eligible. The winner will be announced on Dec 20.
* Winner gets notified by TD on their Noche Buena Package worth P3,000 (to be delivered by Dec 21) 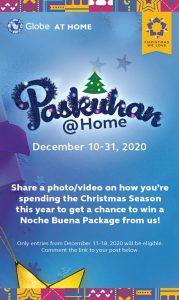 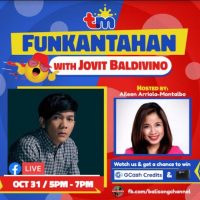 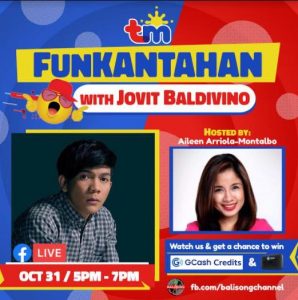 Maundy Thursday is the start of the main Easter celebrations in the Philippines, which is part of the larger Holy Week celebrations. According to Biblical tradition, Jesus was crucified on the Cross on a Friday (hence, “Good Friday”), and Maundy Thursday commemorates the events leading up to the Crucifixion.

Maundy (also known as the “Washing of the Feet”) is a religious rite. A re-enactment of the Lord’s Supper and Jesus washing his disciples’ feet are often observed on this day. Filipinos traditionally visit either seven or 14 churches (this tradition is called visita iglesia or “to visit churches”) where this re-enactment is held. 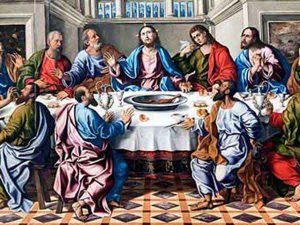 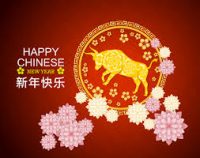 The New Year is a celebration of the end and beginning of a year based on the lunar calendar. The holiday celebrates the events of the past year, while ushering in good fortune for the upcoming year. The lunar New Year celebrations in the Philippines are approached with the same exciting outlook as they are in Mainland China. 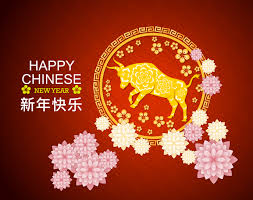 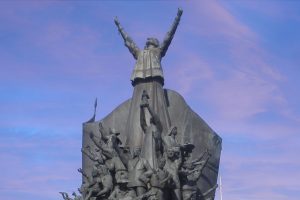 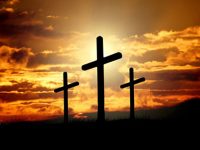 Good Friday is part of the Christian Easter Week celebrations (also known as ‘Holy Week’). Good Friday is two days before Easter Sunday, which normally coincides with the March Equinox and may also coincide with the Jewish Passover.

Good Friday in the Philippines is a national public holiday commemorating the crucifixion of Jesus Christ. The crucifixion is symbolised by the Cross and, according to the Biblical Gospels, it was by this ancient form of death penalty that Jesus Christ sacrificed himself and died so that he could save humanity from their sins.

Easter is a solemn holiday season and many Filipinos abstain from activities they may deem as ‘worldly’ (e.g. drinking alcohol). On Good Friday, many choose to abstain from eating meat and often pray and fast as part of their religious traditions.

Masses are held in the early afternoon to commemorate and reflect on Jesus’ crucifixion. According to Christian scriptures, Jesus died on the cross at 3pm, so it is at this time in the mass that people become silent and meditate on Jesus’ sacrificial death.

Catholic Filipinos observe the Stations of the Cross as part of the Good Friday mass. These ‘stations’ are often paintings or sculptures that depict specific moments of Jesus on his way to be crucified. They are also often re-enacted by actors as part of an Easter procession. In the Philippines in particular, some people even go so far as to crucify themselves on a wooden cross to symbolise their devotion, as part of their penance or vow. 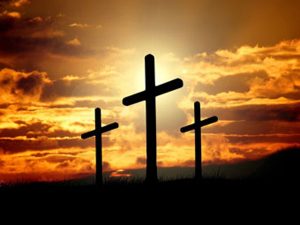