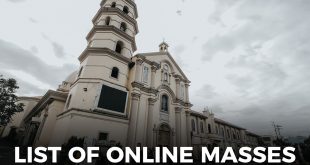 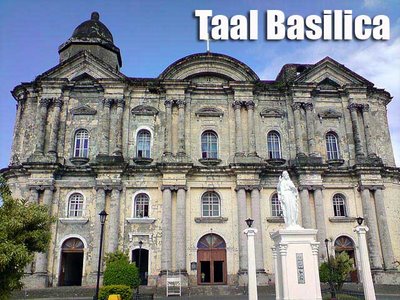 Identified as the largest Catholic church in Asia, Basilica of St. Martin de Tours stands 96 meters tall and 45 meters wide on a plateau in the heart of the town called Taal.

I am  awed by how a structure like this Basilica endured centuries. The church remains magnificent with its old but artistically beautiful make-up. And so with this seemed to be Kant’s sublimity feeling after seeing the church the first time, I probe on this astonishing Basilica’s history.

In 1570, Martin de Goiti and Juan de Salcedo, two Spanish generals explored the coast of Batangas on their way to Manila and came upon a Malay settlement at the mouth of Taal River. In 1572, the town of Taal was founded and its convent and stone church were constructed later.

First built by Father Diego Espina in 1575 in what is now known as San Nicolas, which was historically a part of Balangon. It was destroyed when the volcano erupted in 1754. It was rebuilt at the present site in 1755, but was destroyed by an earthquake in 1849. Reputed to be the largest Catholic church in the Far East, construction of the present church was started in 1856, according to the plans of Lucina Oliver, an architect. It was inaugurated in 1885.

The Augustinian Missionaries started construction in 1756, and it took a century for the church to achieve its present form. The façade resembles that of the St. Peter’s Basilica in Rome. Its tabernacle is made of silver, the only one of its kind in the Philippines.

For those who have seen the basilica — I hope you will agree with me that a structure like this one, with God as its architect, is just simply magnificent.

If you would like to see this church for yourself and you’re planning to visit us here in Batangas, you might want to check out some Batangas Accommodation.

JR Cantos is the Publisher of WOWBatangas.com. Some of the articles here on the website have been contributed over the years, so please just email us at help (at) wowbatangas.com if you have any concerns. Salamat!
@wowbatangas
Previous Twilight Movie Review
Next San Jose, Batangas Festival 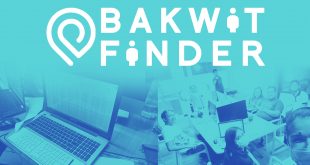